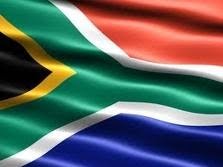 Today is Human Rights Day in South Africa. On this day, 51 years ago, 69 people were killed when police opened fire on a demonstration in Sharpeville, a township not far from Johannesburg. It was this event that motivated the start of an armed resistance in South Africa as well as world condemnation of the policies established during Apartheid.

In 1966, the United Nations General Assembly proclaimed 21 March, the anniversary of the Sharpeville massacre, as the International Day for the Elimination of Racial Discrimination. 20 years later, on the 26th anniversary of the Sharpeville Massacre, Nelson Mandela chose Sharpeville as the site to announce the signing of the new democratic constitution. The day is now commemorated as South Africa‘s Human Rights Day. Human Rights Day is but one step to ensure that the people of South Africa are aware of their human rights and to ensure that such abuses never again occur.

Celebrations and ceremonies will be held across the country, with a focus on Sharpeville.